This is my second post about moving from Mac to Windows. I originally was just going to focus on the OS differences but was amazed to find out that while I loved the Surface Book, I hated the Yoga.
Keep in mind that my target audience here isn’t Windows users but Mac users who are considering switching.

It turns out to be an amazingly trivial issue: the Yoga’s trackpad. You’d think after so many years of doing trackpads this would be table steaks for laptop makers. Something so mundane to be a simple checklist feature. But there are huge differences.

The number one recommendation I can give to any Mac user considering switching to Windows is to thoroughly use the keyboard and trackpad prior to purchasing it.

For Mac users it’s hard to appreciate how much Windows machines can vary. There are obvious physical differences such as build quality and screen resolution but my point is that even such a basic thing as trackpad behavior can vary enormously. This is the price you pay when you have so many vendors involved.

I worried on Twitter it would bore people to death writing a post exclusively on trackpads but as it has had such an impact on my experience, it deserves a little love. Here is a very terse video I made comparing the 3 machines. It really just meant as a visual aid. I’ll explain the issues in more detail below:

The second recommendation I can give switchers is that when you do get a new Windows machine, immediately open up settings, and turn off most features in the trackpad section.

For the Surfacebook it was simple: just turn off right click on the lower corner of the trackpad (It was just too easy to accidentally hit as a Mac user) However, on the Yoga, there were so many things that were astoundingly confusing. Your mileage may vary but I had to turn off a slew of ‘features’ that just made no sense to me as a Mac user (I like my trackpads decaffeinated) I mean, just look at this control panel for just the trackpad, there are 10 panes to control it’s behavior: 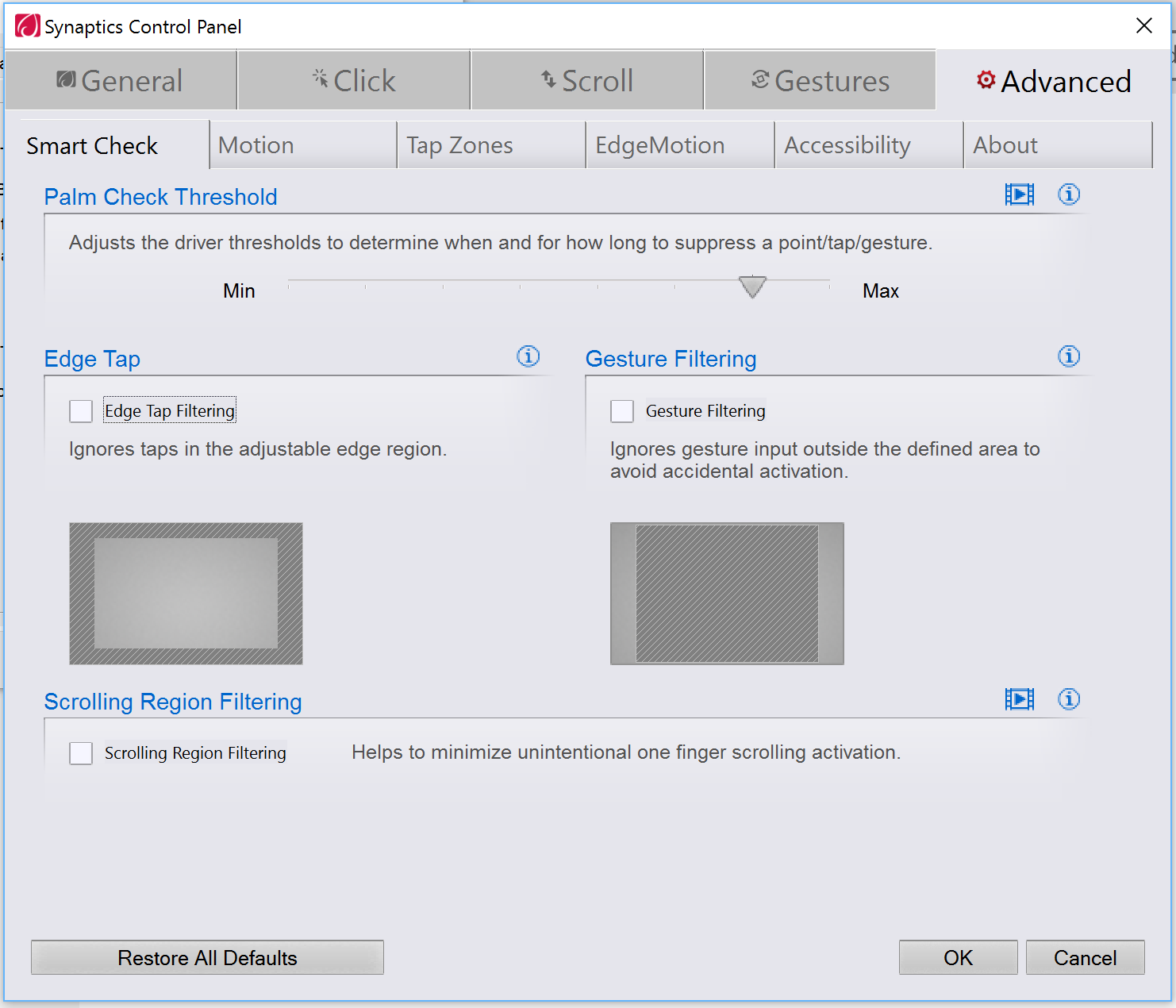 Now let me walk through the points demonstrated in the video

This isn’t hard people
The SurfaceBook has clearly done it’s homework and has a reasonable trackpad. I will admit that it’s not as rock solid as the Mac’s but it’s close and for the most part usable. I’ve learned for example, that double-tap works much more reliably that double-click. If Surfacebook could fix this one issue, they would be nearly perfect.

However, the more I use the Yoga, the more I want to throw it out the window. It is infuriating. I understand that over time, I will slowly change my clicking behaviors to work around it’s foibles. I will comply. However, life feels too short for that.

I don’t want to scare off potential Mac users from switching to Windows due to this trackpad issue. But I will say you have to be careful. Try out your potential device before you buy it and make sure you get one that has a functional trackpad.